Far from being devoid of cognitive value, according to the inventor of the term « aesthetics », Alexander Gottlieb Baumgarten, art would be the place of specific knowledge, that of « sensitive knowledge » as opposed to « intellectual knowledge »: where the latter would reduce the complexity of living things under generic concepts, the former would give a sense of the singularity of beings and things without it being possible to subsume them under categories.

Precisely, by offering dazzling shapes and colours, which imprint the retina without being able to be fixed in definitive denominations, Vincent Beaurin and Monica Kim Garza seem to invite us to experience this « sensitive knowledge». Resolutely defined in their contours, Vincent Beaurin's statues and paintings stand out clearly in the place where they are located without being able to be designated. And for good reason: when they do not take on biomorphic shapes that are actually indeterminate, it is the glass glitter that cover them that suspend the language, circumscribing coloured areas that alter and exalt each other until they melt into an iridescent colour that escapes all designation. It is all happening as if the artist manages to capture on circumscribed surfaces an infinite vibratory space, a powdering of elementary particles in perpetual movement, temporarily taking on fixed shapes and colours before structuring themselves into new configurations. So many apparitions that are both precise and uncatchable, opening onto a world understood as a continuum, where the perceptible entities are not separated but, on the contrary, get tangled.

A similar phenomenon occurs with Monica Kim Garza's paintings: taking up almost the entire surface of her canvases, the figures she depicts impose themselves on the viewer's gaze while evading any assignment of gender, class or race. They are indeed naked women, with long black hair and amber skin, but the strong colours and vigorous strokes that delimit them carry them beyond any identification: they exceed by their presence the whole vocabulary that could be used to describe them. Moreover, as rigorous as their contours are, they are in the same plane as the animals and objects that surround them, as if, in the same way as in Vincent Beaurin's work, we were dealing here with a continuous world, whose entities are not distinct but intertwined with each other.

A priori antinomic, from the point of view of their vocabularies, the works of Monika Kim Garza and Vincent Beaurin actually resonate with the logics that run through them. This is evidenced by their juxtaposition and dialogue within this exhibition. In pairs of two, their pieces combine their effects and produce a third term, a wave field whose centre is everywhere and whose circumference is nowhere. 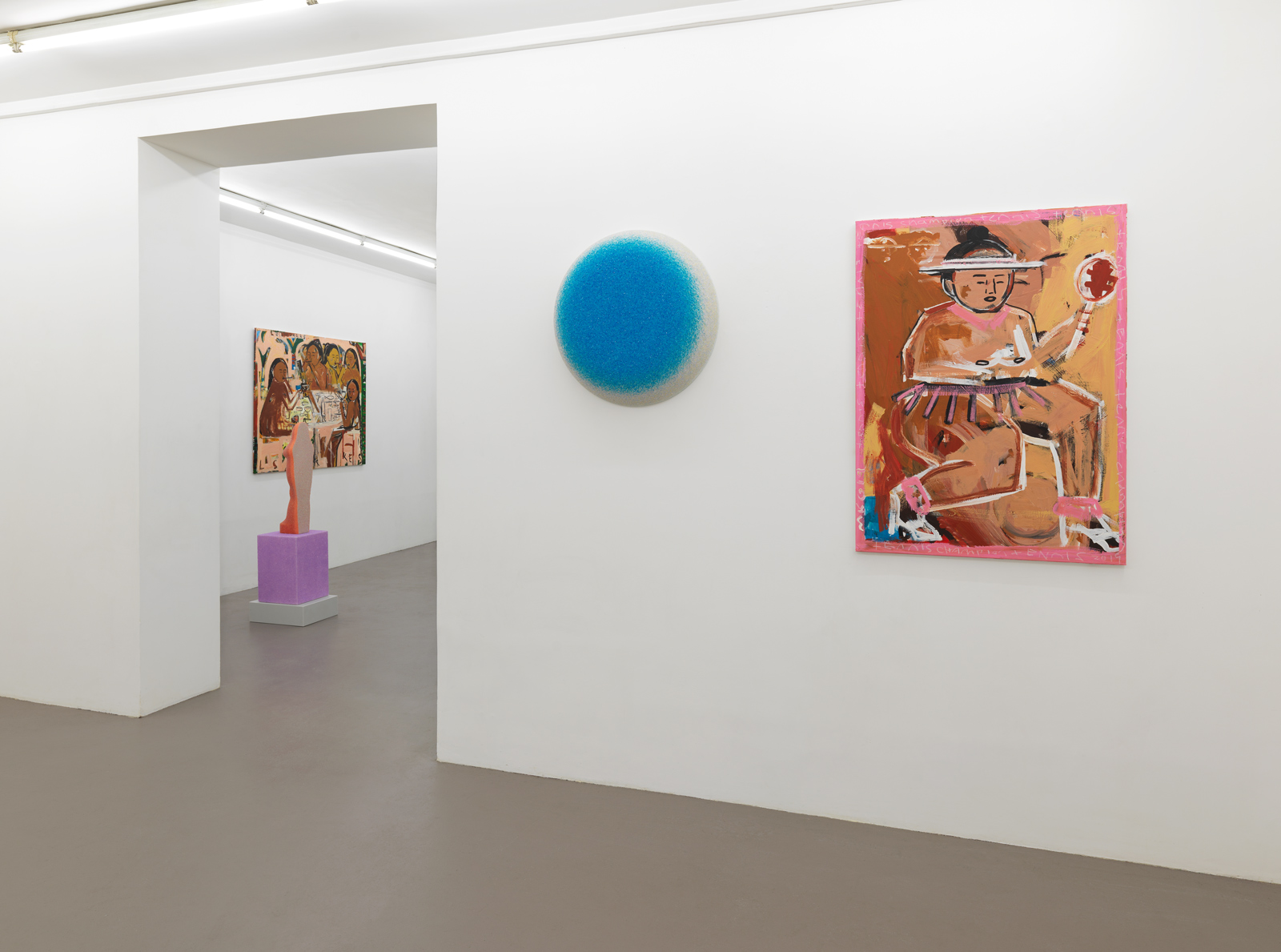 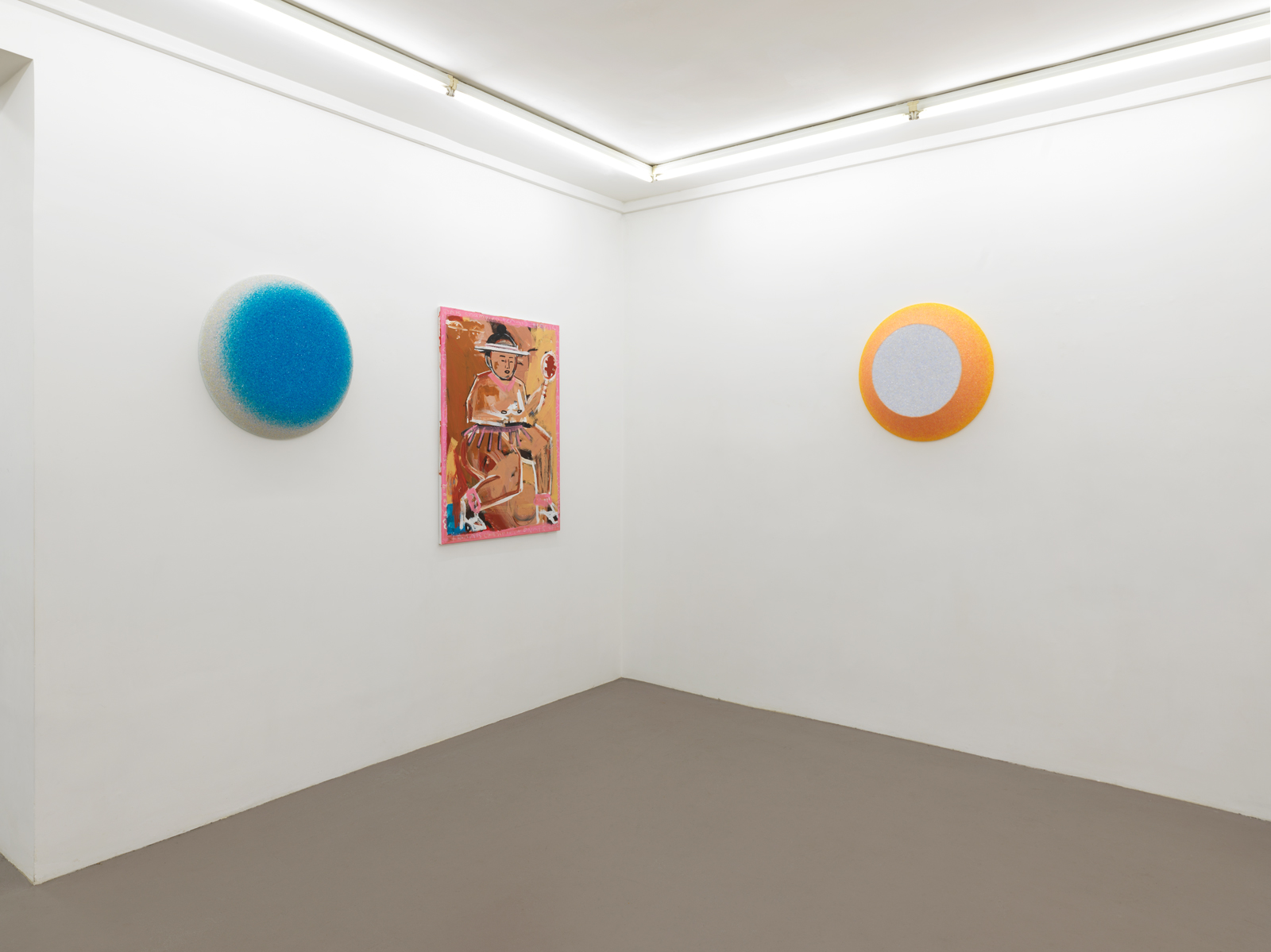 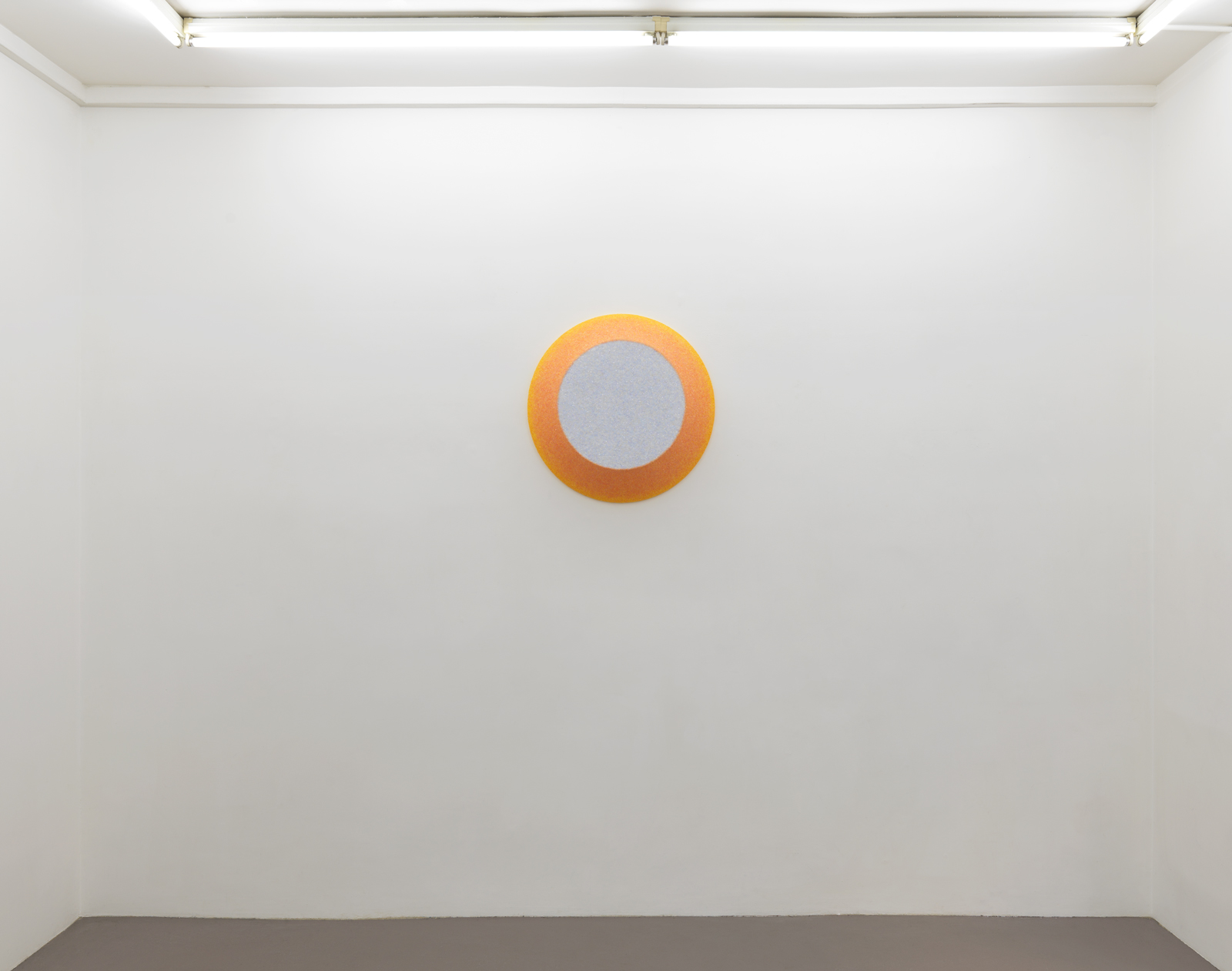 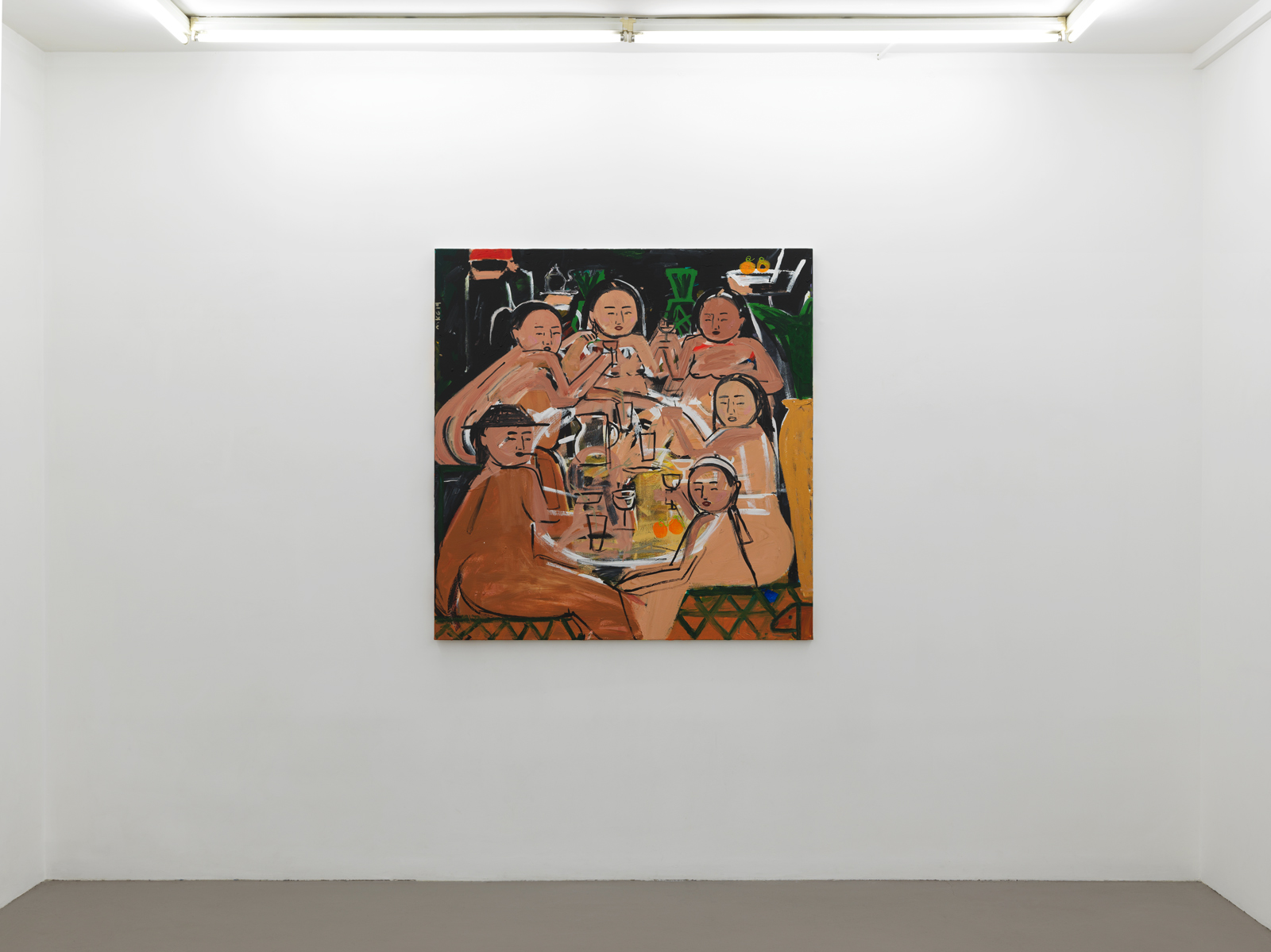 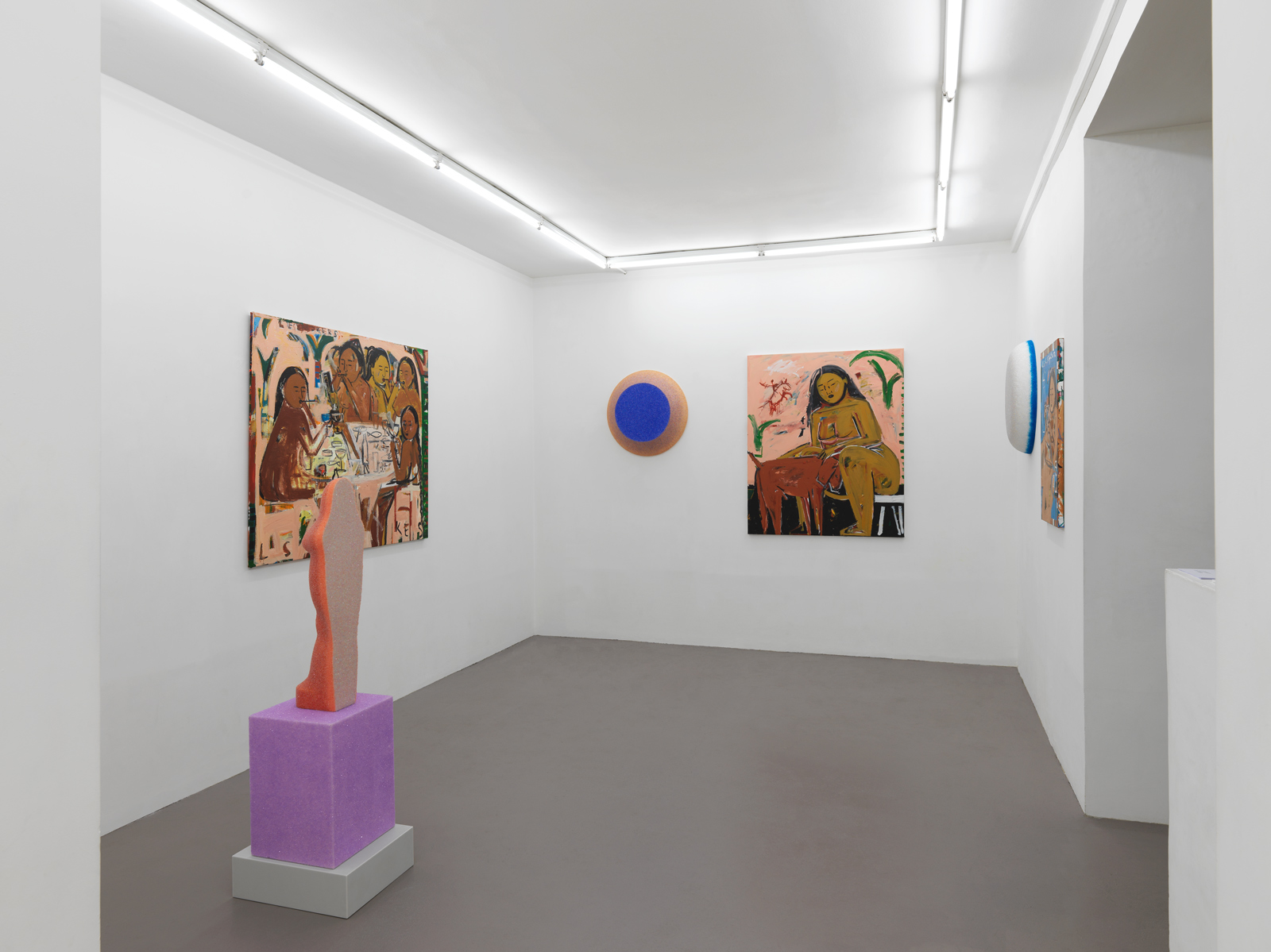 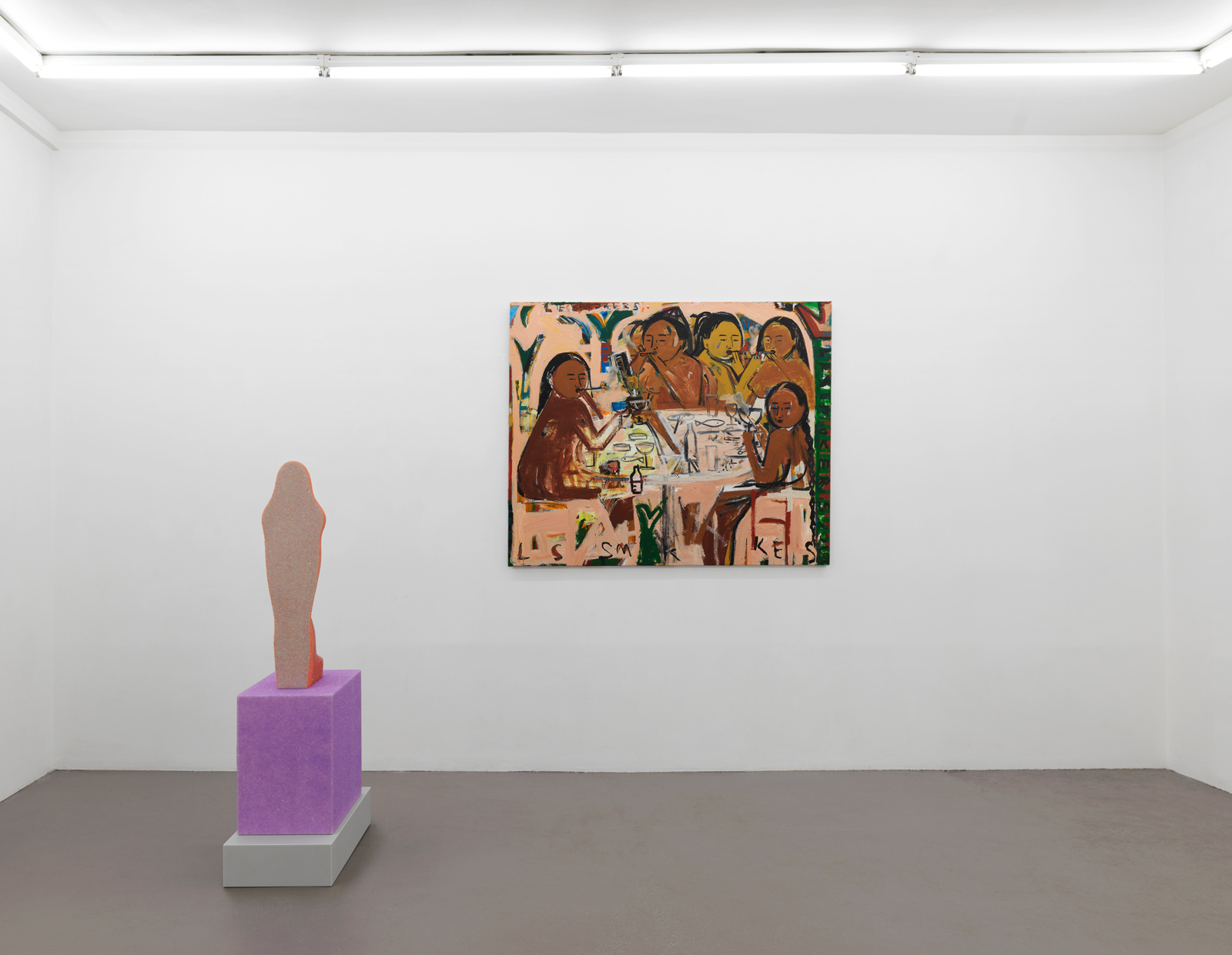 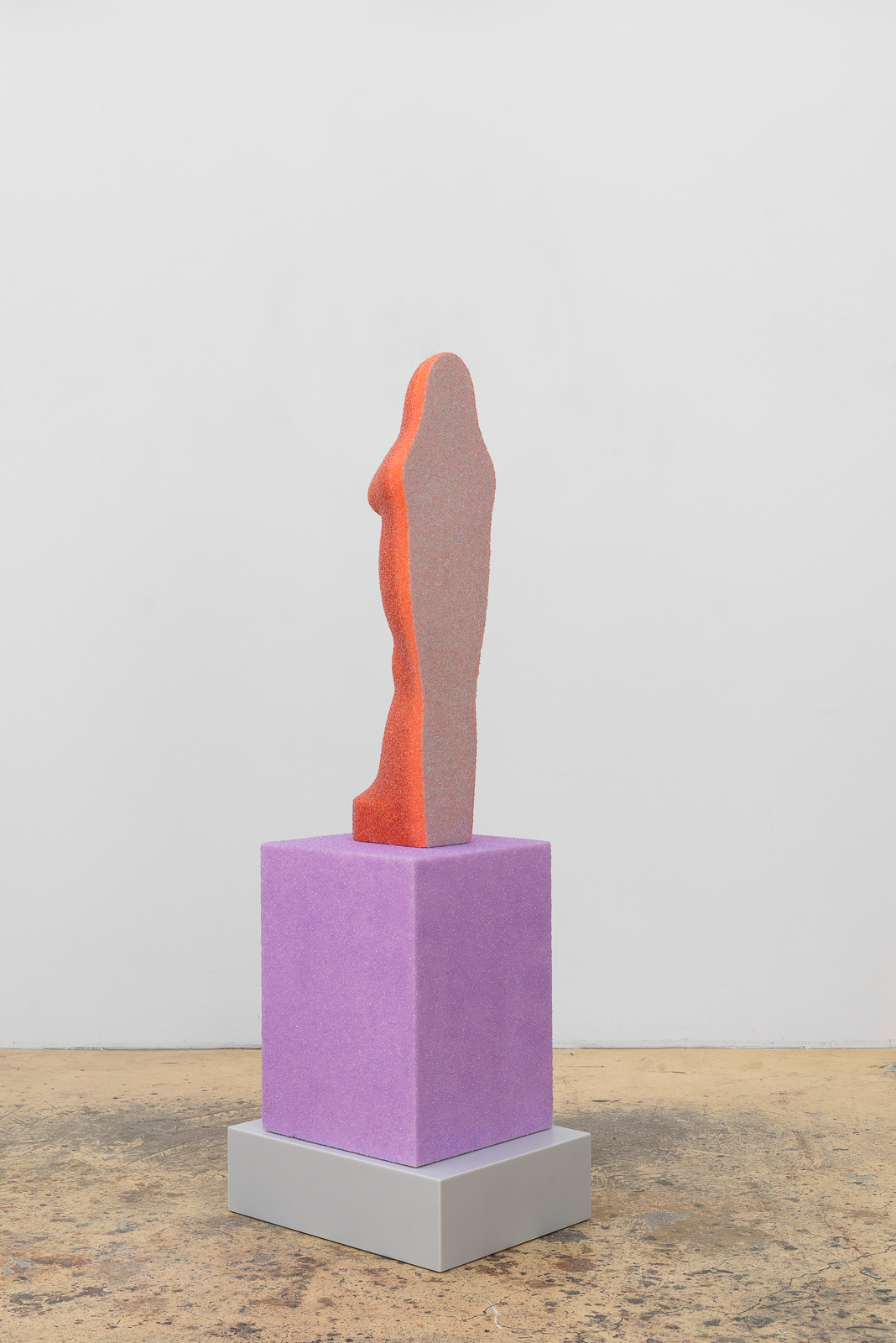 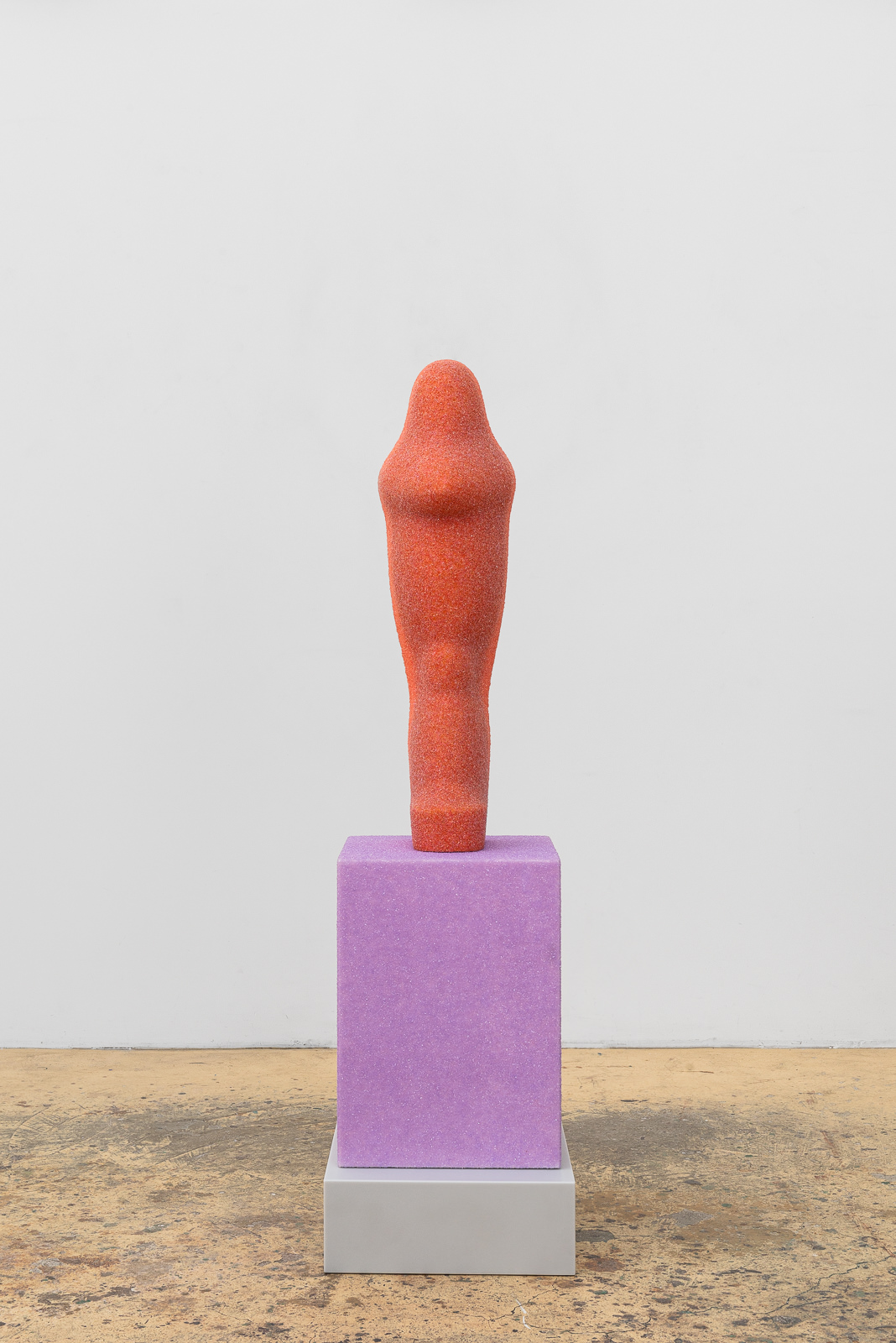 Fascinated by the dynamics of the contemporary art world and its exciting ways of breaking away from standards as well as its unexpecting meeting points or surprising iterations, Galerie Julien Cadet has put up a challenging double exhibition. By confronting the well calculated and technically superb sculptures of a 60-year-old French male artist against the unrefined and gestural paintings of a 30-year-old American female artist, they created a dialogue that isn't easily noticeable on the surface but can become more evident when seeing the two bodies of work exhibited together. While Vincent Beaurin's polished and fluid sculptures are seemingly clashing against Monica Kim Garza's intuitive and completely free paintings, they both successfully convey life's balance of figurative Vs abstract, planned Vs intuitive, decorative Vs speculative, or useless Vs useful.

Since her graduation in painting and drawing at the California College of the Arts Mexican and Korean artist Monica Kim Garza has been focused on evolving both her painting, as well as sculpting, not hiding her aspiration to move towards abstraction. Confidently jumping between the mediums, and intertwining them in her practice, she is creating unapologetically honest work that is dominated with care-free, ethically, and racially ambiguous women of color. Constructing her compositions around their curvaceous bodies, deeply influenced by the indigenous ancient art as well as classic Renaissance work, she is in a way reinventing the contemporary portraits and contemporary figurative painting while bringing new point of view to the standardized format. Emotionless yet content, it's their shapes and colors that create the whole vibe of the work, which is 100% authentic to herself. Similar to the way that the forms and the completeness of their execution are relevant in Beaurin's mission to disturb our perception of boundaries, Garza's voluptuous subjects are her own tools which allow her to speak of such themes as sex positivity, gender roles, and the human relationship with modern-day technology.

Approaching the imagery as an exaggeration of a moment she might have experienced or saw, the careless subjects are deeply engaged with the elements of their surrounding, similar to the way Beaurin's light and sentimental objects are in continuous exchange with their surroundings. From atmospheric colors to elementary and organic shapes his peculiar forms offer harmony, an intense calm, or a vigorous serenity, the type of atmosphere that his American colleague's paintings are regularly imbued with. Depicted moments of leisure and relaxing can be seen directly in correlation with the effects of French artist?s curious entities wrapped in bright yet subtle colors which are applied over raw but clean surfaces. Wrapped in texture-rich, expressive visual language, there are elements in Garza's images that feel like nods to the legacy of well calculated, abstract artists she has big respect for. With both artists aiming to take their work away from art cliches and categorizations, they successfully, but in very different ways, unite painting and sculpture, surface and volume, textures and outlines, both stimulating one's self-presence or reflection about space, through their timeless work.